As I said before, iOS and Android version of Piano 3D required a new UI and UX, because the Windows Store app’s design was ugly, just default gray controls from Unity 3D. Fortunately, I have a friend who agreed to help me with the visual appearance of the app. So in the summer of 2016 we started working on requirements and first wireframe prototypes.

This post is about the process of defining and discussing requirements of the new UI and the challenges we had.

The second episode of Piano 3D Development Diary, in which I add color-changing buttons to the setting menu. 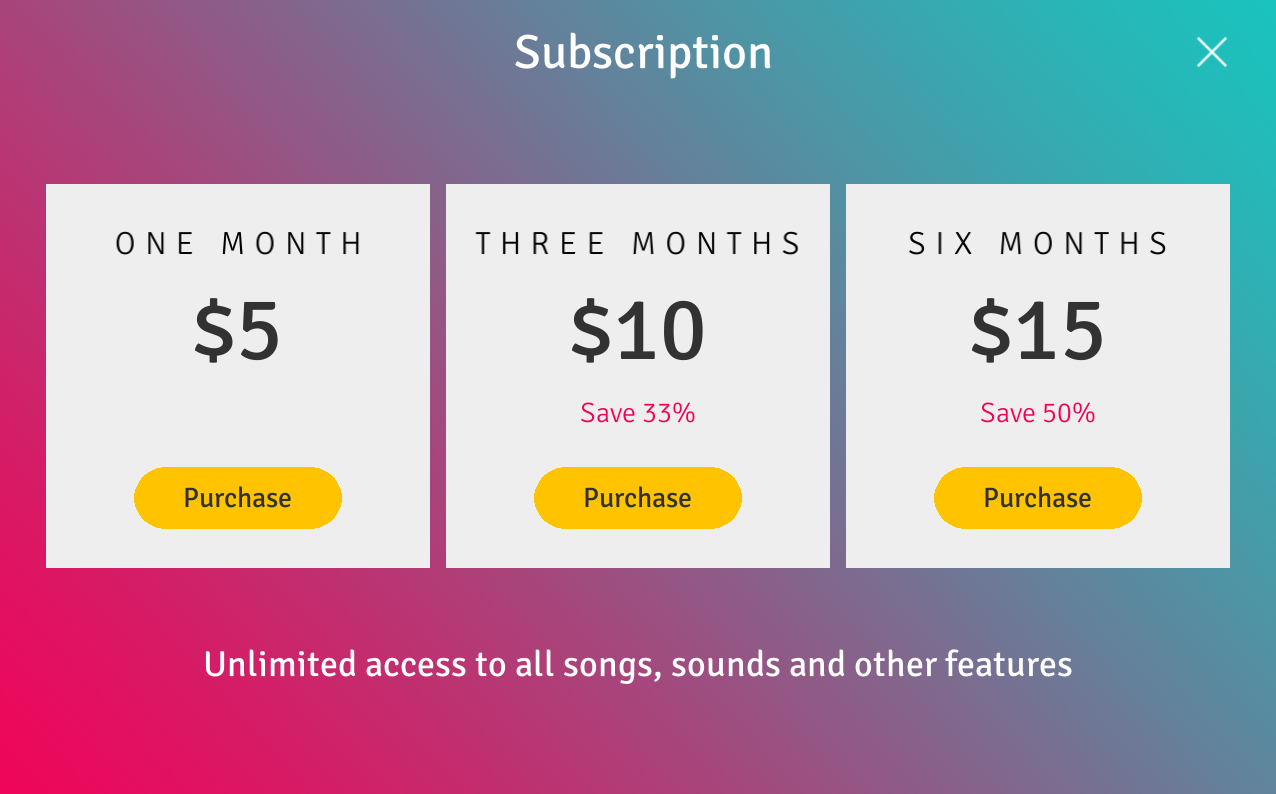 Today we are talking about iOS non-renewing subscriptions and Unity IAP. I implemented such feature in Piano 3D and the process was not straightforward at all, so it is worth to document it here. Again, in this article we are talking exclusively about iOS, Play store subscriptions are different and this info is not relevant to Android development.

Subscription is a type of in-app purchase (IAP) that allows you to provide some services/content/features for a limited period of time. For example, full access to streaming service (Spotify, Netflix), ad-free access to piano tutorials (Piano 3D), access to a premium collection of photos or videos etc. The key point here is that users can buy subscriptions multiple times, that makes them a bit similar to consumable IAP. There are two types of subscriptions in AppStore: auto-renewable and non-renewing.

So I’m in the process of marketing Piano 3D and since I don’t have any budget left, the only option is to create more content. So check this 10x speeded up video of development (don’t forget to subscribe to Piano 3D youtube channel):